Julie is a Level III Certified Coach, and a Provincial I Judge. With a Master of Science (Kinesiology), Julie works hard to provide a safe and healthy environment for young girls of all ages to learn rhythmic gymnastics along with the value of sport and physical fitness. When not in the gym, Julie enjoys yoga and spending time with her friends and family. 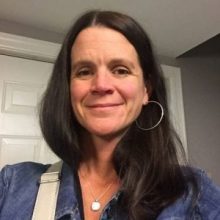 Meghan Milloy has been coaching rhythmic gymnastics since she was 18 years old and is a certified Level III national coach.  She started Illusions with Julie Jeffery in 1995 and supports the current coaching staff and sits on the club executive as secretary.  She also enjoys coaching soccer and playing and watching all sports. 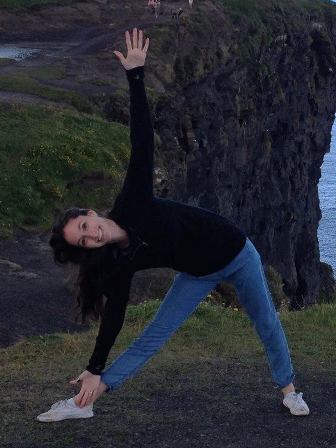 Kelsey Ivory has been coaching rhythmic gymnastics since her retirement as a national athlete in 2006. Outside of gymnastics she can be found doing yoga, travelling and working toward finishing her law degree at Dalhousie
University. She enjoys supporting the growth and development of the club as a whole, while working more closely with athletes in the competitive A program. “Come chat with me any time!”. 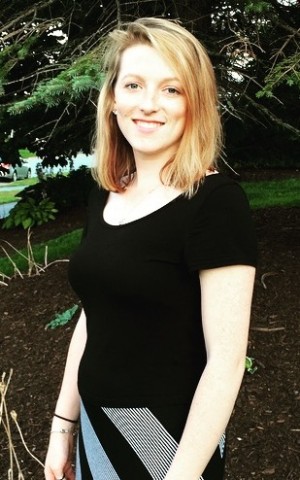 Kaylee is an all dressed chips kind of girl, loves to have a little taste of everything. She’s a former Illusions’ gymnast and has been coaching with us for over 6 years. At Illusions, she always has her hands in the chip bowl; coaching Recreational and all the Competitive Programs; as well as being the Social Media and Marketing Coordinator for the club. When she’s not busy with the club she’s studying Public Relations right down the road at Mount St. Vincent University and is currently planning her next big adventure; a backpacking trip through Europe after she graduates university. 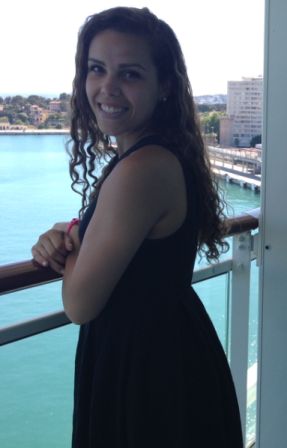 Jillian Wilkins has been a coach with Illusions for over 8 years. A previous gymnast and dancer who now enjoys playing tennis and running. Jill can be found coaching recreational girls at Illusions and loves watching girls progress through the years. Recently accepted into the accelerated nursing program at Dalhousie for September, Jillian is looking forward to becoming a nurse and being busy caring for people in the future. 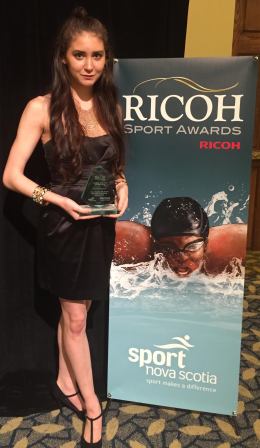 Allie is a retired Illusions gymnast, having competed for 9 years in the provincial and national stream. She joined Illusions at a very young age and grew up on the team with her Illusions family. She is a trained rhythmic gymnastics coach, and is also trained in Active Start gymnastics and certified in High Five PHCD (Principals of Early Childhood Development) and High Five Sport. Allie’s been coaching with illusions since she was 13, coaching all levels from recreational up to competitive! In her final season (2014-15) Allie placed 1st at the Nova Scotia Provincials, and placed 3rd, 4th and 5th in her routines at the Eastern Canadian Championships. She then went on to be named rhythmic gymnast of the year for Nova Scotia at the Ricoh Sports Awards. Allie loved being a gymnast, but she loves being a coach even more! Her passion is Rhythmic Gymnastics and she hopes to share that love and passion with every gymnast on Illusions! 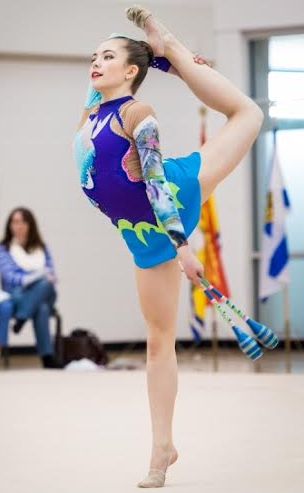 Kristena Daley has been involved with the beautiful sport of Rhythmic Gymnastics since 2004. She is a former Illusions competitive (provincial and national) gymnast and has been coaching the recreational and pre competitive programs since 2011. Kristena loves to draw and is attending Mount Allison University to study sciences. She has her level 1 coaching certificate and uses her creativity to keep the gym a fun place for the girls to be successful and learn some gymnastics! 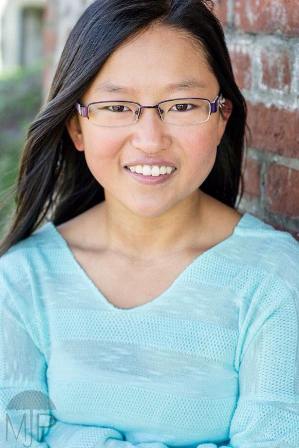 Neave Cornick, Illusions youngest coach, is always looking to turn up the tunes and have a good time. She started with Illusions at the age of four, training and competing for nine years.
In 2013, she made the hard decision to hang up her suits and take out her pointe shoes. She currently competes in styles such as jazz, modern, contemporary and lyrical. Forget sit-ups, Neave’s kind of abs workout is laughing until her stomach aches and she can’t breathe.
In the fall, she will be taking on the challenge of the International BaccalUreate program at École du Carrefour in Dartmouth. Neave is excited for the future and can’t wait to grow as a coach as Illusions continues to grow as a team and rhythmic gymnastics continues to grow as a sport. See you in the gym! 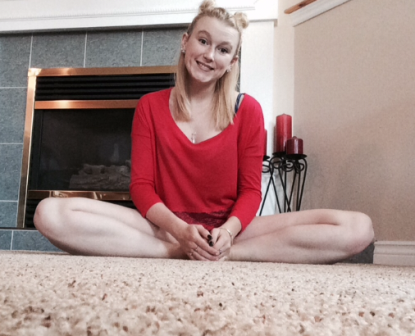 Taylor Rawding is a balanced girl that loves travelling and trying new things. She loves being active and having fun while doing it. She is a former Ringette player of 6 years and rhythmic gymnast of 6 years. This may be her first year coaching Rhythmic Gymnastics to other girls, but believe us she is capable of anything. She is
graduating High School this year with high hopes for her future; such as becoming a hair stylist and cosmetologist. Taylor fell in love with the sport many years ago and she wants to continue seeing other girls fall in love with not only the athletic part of it but also the beauty that it brings. 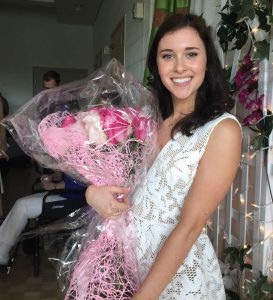 Julia Belittchenko moved to Halifax for school in 2015 after having been a competitive provincial and national gymnast in Toronto, Ontario for 12 years. Going into her second year at University of King’s College this fall, Julia is very excited to study literature, philosophy, politics and creative writing. In her spare time she works as an editor for student papers and school magazines. 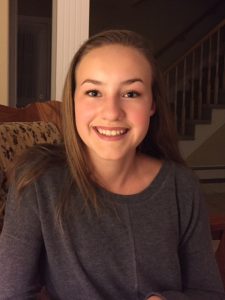 Josée Landry is 14 years old and a bilingual student in grade 9. Josée was 6 years old when she joined the Illusions recreation program. Now she is in level 6A and her favorite apparatus is ball. This year she is very excited to have the opportunity of being a junior coach with the recreation program. 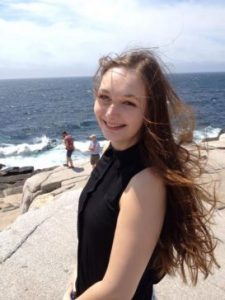 Delainey McCarron started rhythmic gymnastics in 2005 and has competed both provincially and nationally. When not coaching or studying at school she can be found reading or playing basketball. She loves horses and started horseback riding when she moved to Colorado during her second year of high school. She is very happy to be back in Halifax to study psychology at Dalhousie university and is excited to start coaching this year. 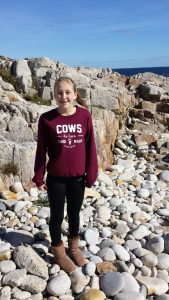 This will be Abbey’s first year coaching but is in her 4th year of being on the competitive team for Illusions. She started out doing artistic gymnastics when she was 1½ but has switched over to rhythmic gymnastics full time. Abbey was born in 2003 and is in grade 8 at Rocky Lake Jr.High. She enjoys doing gymnastics and hanging out with her friends in her free time. Abbey has been looking forward to being able to coach since she was little and is very much looking forward to working with all the kids.